Historic Boulder is happy to announce a successful preservation milestone effort with the successful landmarking of the Midland Savings Bank/Atrium building. On February 1st, the Boulder City Council voted unanimously to landmark a property owned by the city and located in a hotly debated location. In fact, Historic Boulder had nominated this property for landmarking back in 2015, and discussions had progressed on and off since that time. The designation is remarkable for several reasons:

The building is one of the first Mid-Century Modern structures to achieve landmark status. This era of design was very influential in the innovative personality of Boulder. The bank first opened its doors in 1969.

It is one of the only buildings by the highly-regarded architecture firm of Hobart Wagener and Associates to be designated. Other notable building designs by that company are Fairview High School, the Kittredge residence hall village at CU, The Boulder Country Clubhouse, the City Courts Building on Arapahoe Ave, and the Ball Brothers (now Aerospace) headquarters.

The City Landmarks Board and the Council “walked the talk” in valuing their own property and protecting it. Their courageous action is noteworthy because of the development pressures to add more housing in this location, which is sometimes referred to the “east bookend” of the civic center area.

The building has already had two lives, and a third has yet to be determined. It was built as a prototype for a series of branch banks that provided very affordable mortgages to working-class people in Boulder and along the Front Range. Its second life was as the third location of the office of the city government in concert with the Municipal and Park Central buildings that are arrayed around Central Park.

The building interior can be modified to create a myriad of new uses that would benefit the people of Boulder and the future developers of this site. Possibilities include a year-round farmers market, an adjunct performance space for the nearby Huntington Bandshell, or a social services hub for downtown.

This unique, pyramidal building creates a dynamic relationship with its neighbors, the landmarked Bandshell, the Tea House and the BMOCA building. This campus of structures illustrates a series of significant historic eras in Boulder, all collected in a single location.

The wait to get this property landmarked was worth it. Historic Boulder has been invited to be a participant in the conversations about the future use of this building and the entire “east bookend” area. 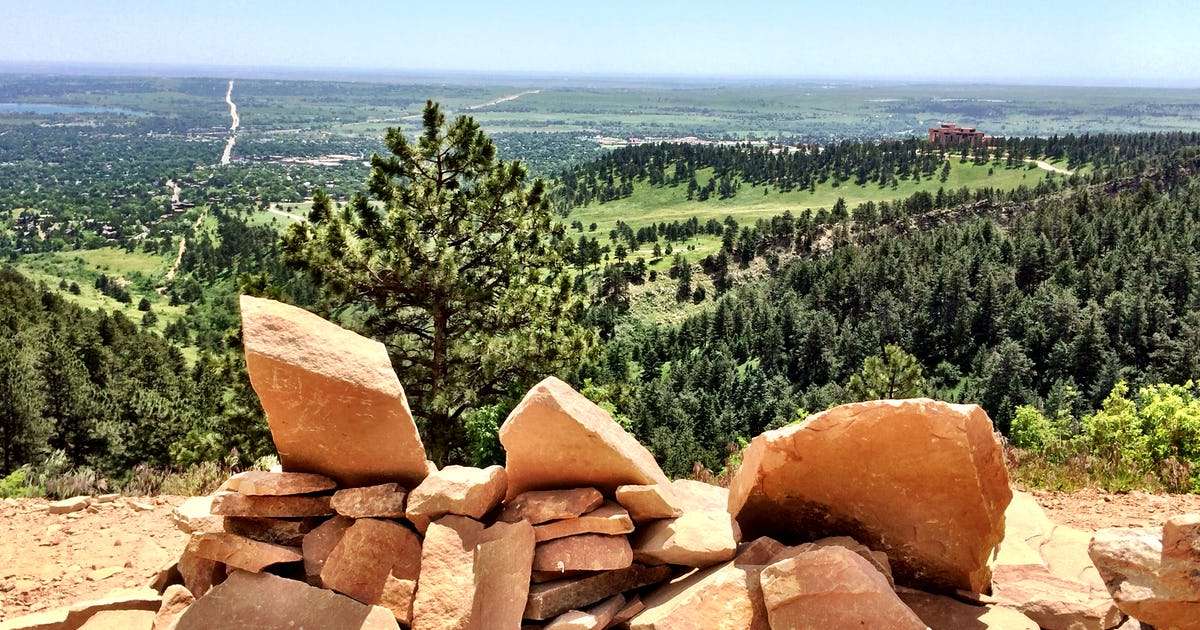